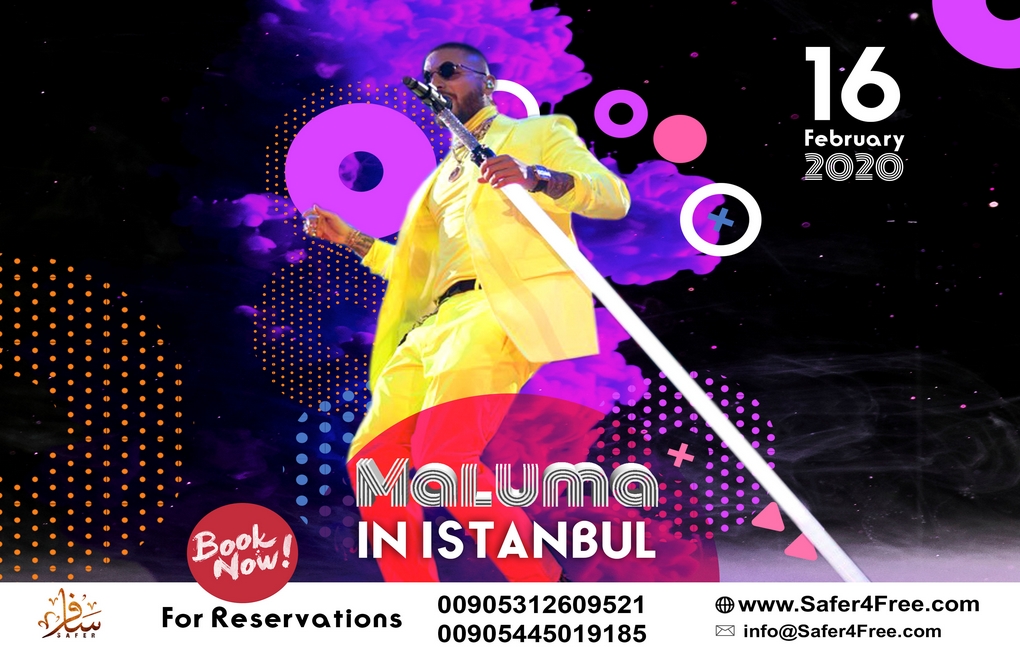 Maluma 11:11 World Tour is coming to Istanbul! Hosting for the very first time in Turkey! The Latino Grammy award winner Maluma will be performing live on stage at the Ülker Sports Arena on Sunday, 16th February 2020!

The box office giant is taking the world by storm once again! At only twenty-five years of age, Maluma is widely considered one of the leading voices in Latin music and a bona fide global youth idol. In 2017 Maluma World Tour sold over one million tickets in 105 worldwide concerts in 2017 alone and making Maluma the top concert-selling Latin artist in the world.

The 2018 Latin Grammy award winner for Best Contemporary Pop Vocal Album F.A.M.E. With over 23 million Facebook fans, 6 million Twitter followers, and a whopping 46 million Instagram followers. Making him the leading Latin male artist on Instagram! With over 9 billion views and more than 22 million subscribers on YouTube!

Since joining Sony Music Latin in 2015, Maluma has released three albums, all have debuted at #1 on Billboard's Latin Albums chart

Maluma’s 11:11 World Tour Expect new state-of-the-art show that is futuristic and visually charged with lasers, audio-visual effects and pyrotechnics presented in a way never before seen in a show by a Latin music artist. Backed by his phenomenal band and twelve dancers. Expect the show of a life time!